Surge in sign-ups for emissions compensation claims with Your Lawyers

Your Lawyers has been pivotal in the emissions compensation claims that have been pursued in the UK against VW, Mercedes and others since 2015.

Following our recent media coverage, we have seen a surge in sign-ups for Mercedes emissions compensation cases as well as a number of people asking for our help over the recent revelations about Nissan and Renault as well.

We continue to fight for the rights of people who have been wronged by the use of (allegedly or otherwise) defeat device technology. If you need our help, you can sign up for a legal case today on a No Win, No Fee basis.

END_OF_DOCUMENT_TOKEN_TO_BE_REPLACED

Can you claim up to £96k in Mercedes emissions scandal compensation?

You could be entitled to claim up to £96,000.00 by taking part in our Mercedes emissions scandal compensation action, as featured in the Telegraph earlier this month.

Here, we will explain how you could be entitled to receive substantial damages, whether you could be eligible, and what action you need to take now.

For more information about the Mercedes Emissions Group Action we are representing people for, please see our dedicated advice page here.

END_OF_DOCUMENT_TOKEN_TO_BE_REPLACED

Your Lawyers Mercedes emissions compensation action in the news

The Your Lawyers Mercedes emissions compensation action has been in the media over the last few days with exclusive news that some owners could claim up to an estimated £96,000.00 in compensation.

In this article, we will outline how we have determined the possible compensation value estimations and how it can apply to some of the Claimants in the action. As a leading firm of consumer action specialists representing thousands of clients in over 50 group and multi-party actions, we know how to fight for the rights of victims who have been wronged by big corporations.

To get started with your emissions compensation case today, please see the dedicated advice page here.

END_OF_DOCUMENT_TOKEN_TO_BE_REPLACED 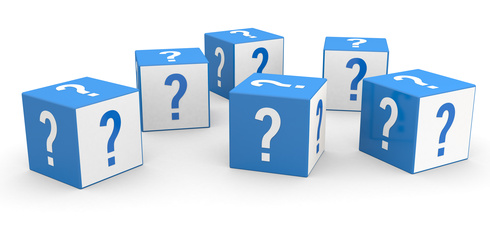 You could be eligible to make a Mercedes diesel emissions claim for compensation on a No Win, No Fee basis if you are affected by the recalls that are taking place across Europe.

We represent clients here in England and Wales, as well as having represented thousands of others for emissions compensation cases. If you are a Mercedes owner who has received notification that you are affected, or if emissions work has been carried out on your vehicle, you may be able to claim.

You can also check to see if your vehicle might be affected by viewing the list here.

END_OF_DOCUMENT_TOKEN_TO_BE_REPLACED

If you are one of the thousands of UK owners affected by the Mercedes emissions recall, you may be eligible to make a claim for compensation with us on a No Win, No Fee basis.

The recall affects million of vehicles across Europe, with thousands known to be affected right here in the UK. The earliest recalls were initiated back in 2017 and orders for mandatory recalls were issued following developments in Germany in 2018.

If you are a Mercedes-Benz owner affected by the recall in the UK, we may be able to represent you for a legal case.

END_OF_DOCUMENT_TOKEN_TO_BE_REPLACED

Mercedes emissions claim in the UK: how to join

Here’s what you need to know about joining the Mercedes emissions claim in the UK and what steps you need to take to get your No Win, No Fee cases started.

If you are one of the owners affected by a recall, you could be eligible to make a claim with us. If we can establish that Mercedes (Daimler) has been using technology that can amount to a defeat device, owners could be entitled to thousands of pounds damages.

Here is a little guidance about how we may be able to help you and who we are.

END_OF_DOCUMENT_TOKEN_TO_BE_REPLACED

The Your Lawyers Mercedes emissions action has been launched for owners whose vehicles may be emitting far more dangerous NOx than they should be doing.

When news of the VW scandal broke in 2015 and we took thousands of cases forward, we suspected that they may not be the only ones who needed to be investigated. Around the world, several other carmakers have faced fines, penalties, criminal cases, and consumer legal actions. Now, Mercedes (Daimler) also stands accused of using technology that may affect vehicle NOx emissions.

We are investigating the issues and we are taking claims forward for owners now on a No Win, No Fee basis.

END_OF_DOCUMENT_TOKEN_TO_BE_REPLACED

We have been accepting Mercedes emissions compensation claims for some time now, but if you’ve yet to start a case, here’s how we can help you.

When the Volkswagen emissions scandal broke in 2015, we felt there would be other manufacturers that would also need investigating. Since then, several carmakers have been involved in legal actions and have faced criminal investigations around the world. Whilst many continue to defend themselves and state that they have done nothing wrong, we believe that there’s justification for further action.

In 2015, the Car Emissions Lawyers (that’s us) were one of the first – if not the first – to formally accept VW cases on No Win, No Fee agreements. We were also the first to pioneer High Court action in January 2016, and we were appointed to the Steering Committee for the VW action in 2018. In 2020, we’re taking new cases forward as part of the Mercedes emissions compensation action.