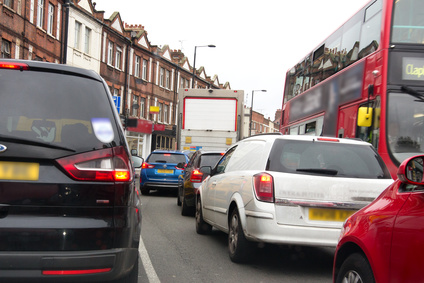 It has recently come to light that tens of thousands of people are being exposed to traffic pollution exceeding the legal limits in England. A recent report from The Times has reported on illegal road pollution, which is said to affect areas next to 101 A-roads and motorways.

Potential breaches of emissions caps are said to be occurring on the busiest roads of England’s major cities, including Derby, Nottingham, Leeds, and London, to name but a few. In particular, one gas that is a cause for concern is nitrogen dioxide. NOx has become infamous due to the dieselgate car emissions scandals of recent years, and we are representing claimants pursuing cases against a number of carmakers.

We began taking car emissions cases on as soon as the news of the Volkswagen scandal broke back in 2015, and we are now representing clients in actions against several car manufacturers. The news of alarmingly high road pollution demonstrates that these actions remain vital for the health of our population and our environment.

The emissions scandal and the dangers of illegal road pollution

While the dangers of excessive car emissions have long been apparent to scientists and healthcare researchers, the Volkswagen car emissions scandal showed how certain sources of NOx emissions appeared to be going unnoticed.

In 2015, Volkswagen was accused of breaching emissions regulations for the alleged use of defeat devices in their vehicles. Their behaviour allowed cars to cheat emissions tests when the engines were producing levels of NOx that exceeded legal limits arising from the use of so-called “defeat device” technology.

In extreme amounts, NOx emissions can impact the growth of plants and crops, so it can represent a significant threat to nature. For us people, NOx can cause, or worsen, respiratory problems.

The carmakers that have been found to have been cheating emissions regulations have undoubtedly added to the problem of illegal road pollution. In fact, the potential harm caused to European citizens by excess Volkswagen emissions was reportedly linked to an estimated equivalent to 1,200 premature deaths and 13,000 life-years lost, according to one study that only accounted for one car manufacturer alone.

Fighting for justice and change

There have been some significant steps made in the fight to tackle excessive and illegal road pollution. A landmark verdict of the case of Ella Kissi-Debrah found that toxic emissions had contributed to her death, and this was the first ruling of its kind in the UK that could now act as a precedent in future cases and lead to the implementation of further emissions restrictions.

We are determined to fight for justice when it comes to emissions issues in the UK. Since the Volkswagen emissions scandal, we are now taking action against a number of other carmakers, including Mercedes, Nissan and Renault, Fiat, and Jaguar Land Rover. All have faced allegations of cheating emissions regulations whilst strongly refuting the claims. If any are found to have engaged in behavior to cause or contribute toward illegal road pollution, we will seek justice against them.

If you wish to stand up for your rights as a consumer and fight against illegal road pollution issues, you can join one of our emissions group actions, provided you are an affected customer.

You can select which action applies to you on our main page here.

Call us now from a landline or mobile free on 0800 634 7575 or contact us online using any of the forms provided within our website.

Start Your Claim Today
First published by Admin on February 03, 2021 in the following categories: Emissions News, NOx, VW Scandal
The content of this post/page was considered accurate at the time of the original posting and/or at the time of any posted revision. The content of this page may, therefore, be out of date. The information contained within this page does not constitute legal advice. Any reliance you place on the information contained within this page is done so at your own risk.