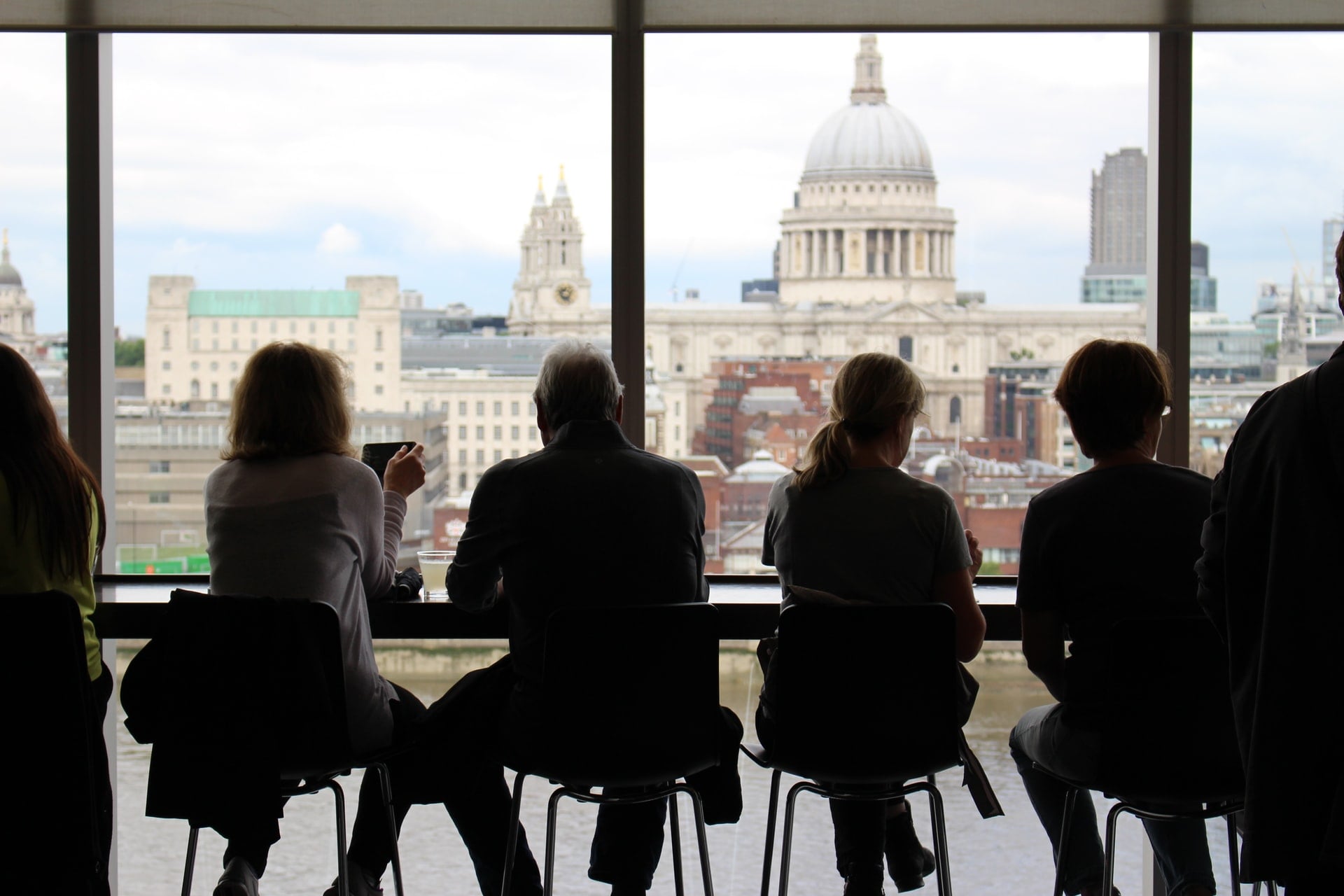 Limitation periods and court deadlines to claim are key dates that people must make sure to not miss if they are to be able to secure an award of compensation for emissions issues.

To make sure that people can claim safely and benefit from access to justice, we operate on a No Win, No Fee basis for eligible claimants. As such, in our view, there is really no reason as to why anybody would not pursue their claim given that they are afforded protections with the way that we work.

Ultimately, the longer you leave it, the greater the risks are that you may miss out on your chance to claim thousands or even tens of thousands of pounds in damages completely. Start your emissions compensation claim with ease and confidence here now.

END_OF_DOCUMENT_TOKEN_TO_BE_REPLACED

We are representing people who have launched their Jeep emissions claim for compensation with us on a No Win, No Fee basis in respect of allegations of emissions cheating.

Jeep is a part of the Stellantis/Fiat Chrysler group which has faced allegations of emissions irregularities around the world. Whilst they strongly deny that they had done anything wrong, we are committed to investigating the allegations and getting to the bottom of the accusations that have been made.

You can find out now if you are eligible to pursue an emissions claim for compensation by completing a few forms quickly and easily here now.

END_OF_DOCUMENT_TOKEN_TO_BE_REPLACED 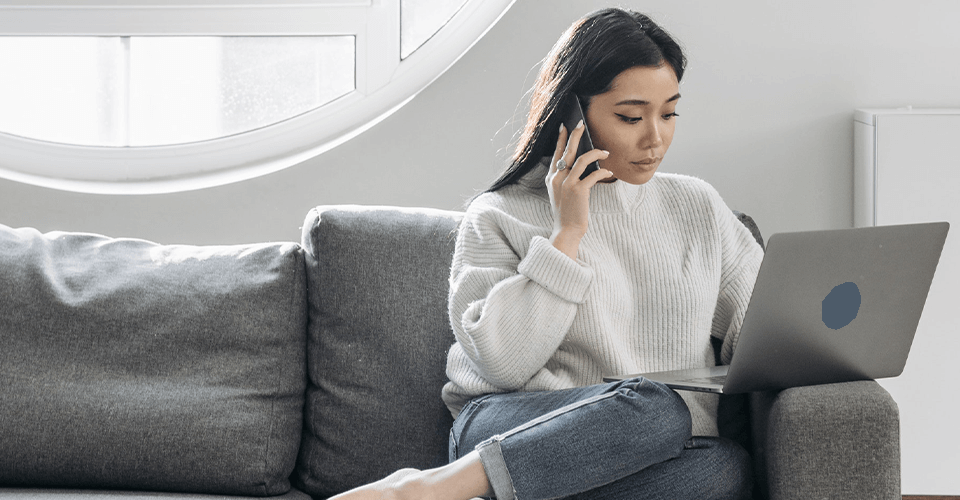 We have made the process to complete your sign-up for an emissions claim for compensation quick and easy – all you need to do is complete a few forms on our website here now.

The emissions issues have been ongoing for the last seven years. Some of the legal actions are at advanced stages, and a recent settlement has taken place in England and Wales for claimants affected by Volkswagen Group emissions issues. Unfortunately, a lot of people missed out on this settlement as a result of not starting their case when they first knew about the issues several years ago. There are no guarantees in respect of new claims against the Volkswagen Group, but we may still be able to help.

We continue to represent thousands of people engaged in compensation claims against dozens of vehicle manufacturers. Find out if you are eligible to claim by starting the process here now.

END_OF_DOCUMENT_TOKEN_TO_BE_REPLACED

If you have yet to start your Fiat Chrysler emissions claim for compensation, what are you waiting for? We are representing people for cases on a No Win, No Fee basis right now.

If you own or lease, or previously owned or leased, a potentially affected model, we may be able to help you. Like many carmakers, the Fiat Chrysler brand faces allegations of potentially cheating emissions regulations, which means that anyone affected could be eligible to claim thousands of pounds in compensation, if allegations are proven to be true.

You can check your eligibility for a legal case here now.

END_OF_DOCUMENT_TOKEN_TO_BE_REPLACED 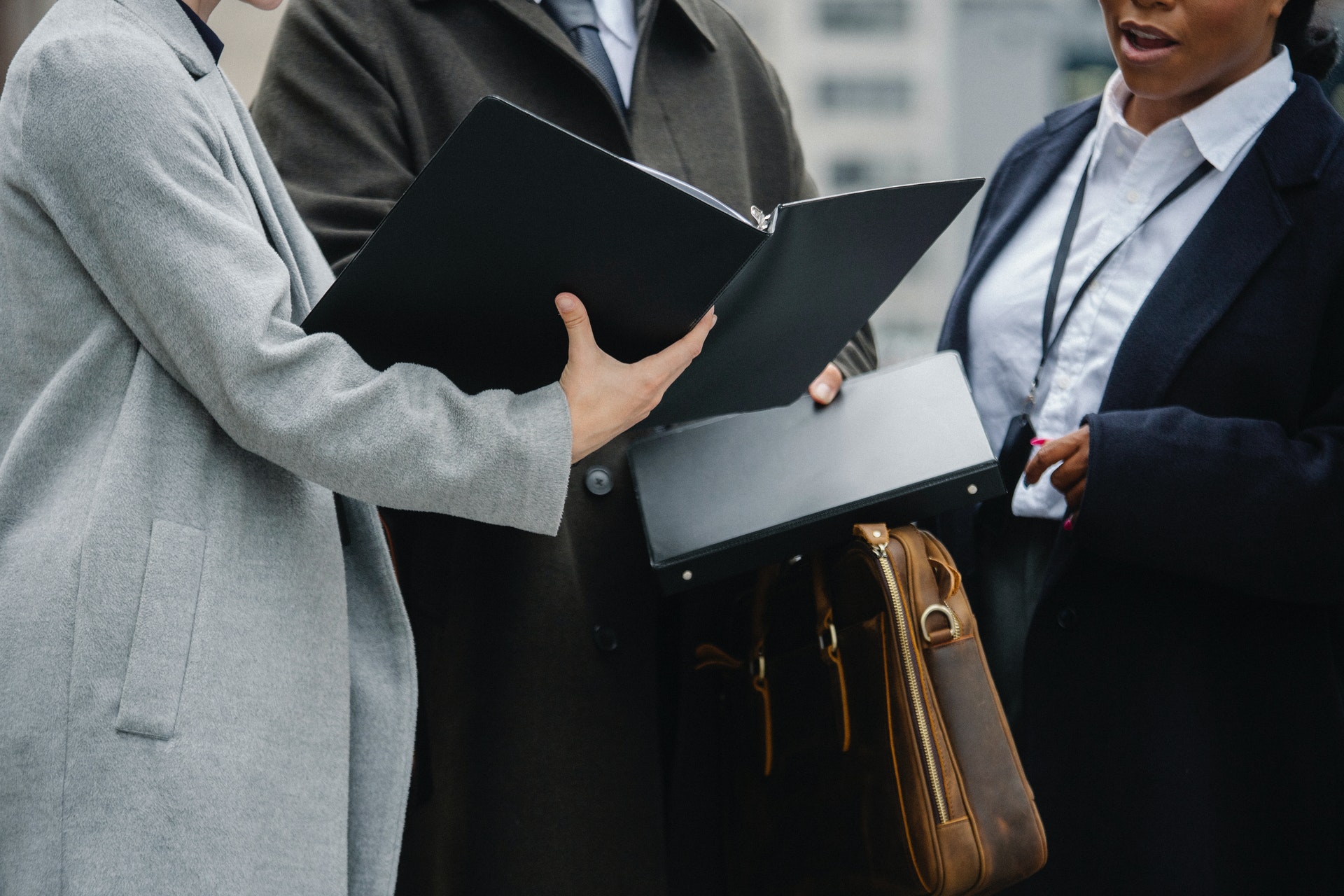 A Volkswagen emission settlement has finally been reached in England and Wales for tens of thousands of people taking part in the legal action.

Your Lawyers – The Car Emissions Lawyers – are pioneers in emissions compensation claims, having been fighting for justice for claimants since 2015, and having launched the first High Court proceedings in England and Wales.

News of the settlement is welcome, but there is still a great deal of work to do for thousands of other people who are pursuing compensation claims against other carmakers. We continue to take emissions claims on, but there are no guarantees at this late stage and with a settlement already taking place.

END_OF_DOCUMENT_TOKEN_TO_BE_REPLACED 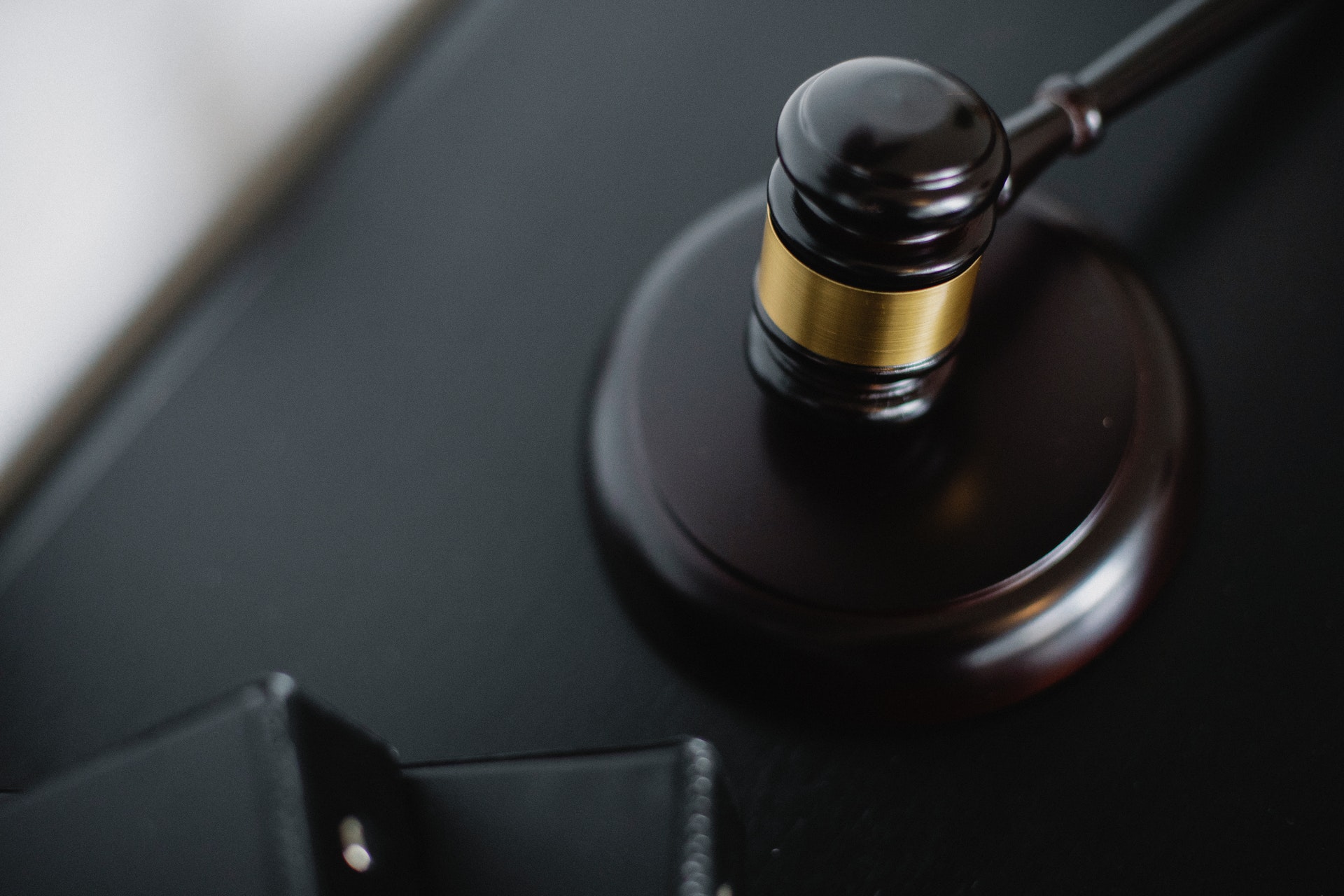 The emissions GLO cases may consist of millions of claimants pursuing damages against dozens of carmakers here in the UK alone.

GLO stands for Group Litigation Order, and it is a way of bringing together many claims into one streamlined and more efficient process. It is similar to the term used in the US, known as a Class Action. We have a lot of experience in these types of cases, and you can start your emissions claim for compensation easily here now.

Your Lawyers – The Car Emissions Lawyers – is a leading firm of consumer action solicitors that has been at the forefront of the fight for “dieselgate” justice since the very beginning in September 2015. We were one of the first firms (if not the first) to offer proper No Win, No Fee Representation, and we launched the first High Court proceedings against VW in January 2016.

END_OF_DOCUMENT_TOKEN_TO_BE_REPLACED

It has been reported in the media that a substantial fine in the sum of $16.9m has been issued in respect of a Mercedes emissions rule breach in South Korea.

Although this is in a separate legal jurisdiction to that which we operate in, it is always good to see positive news stories of enforcement action being taken as part of the wider fight for global emissions justice. Your Lawyers – The Car Emissions Lawyers – are pioneers in the field of emissions compensation law, representing thousands of claimants engaged in actions now on a No Win, No Fee basis.

You can find out if you are eligible to join one of our actions here now.

END_OF_DOCUMENT_TOKEN_TO_BE_REPLACED

News of another settlement in relation to emissions cheating claims has reached us from the shores of the US, this time to the tune of $3.5m in Ohio.

The claims settlement is reported to be for the 2015 “dieselgate” scandal that VW has found itself at the centre of, and this latest settlement is yet another in a long like that have taken place so far.

While this latest development has taken place in a separate legal jurisdiction to here, any news of another settlement is always welcome to us as we continue to fight to uphold the rights of anyone who has been wronged as a result of vehicle emissions problems.

END_OF_DOCUMENT_TOKEN_TO_BE_REPLACED

Over the course of our involvement in the ongoing vehicle emissions scandals, we have aimed to respond to all suspicions of fraud and/or emissions irregularities as they have arisen. When the “dieselgate” scandal first hit the headlines in 2015, it was Volkswagen in the line of fire, but it has since emerged that many other manufacturers have been accused of similar behaviour. Among our numerous group actions, we are taking forward Suzuki fuel emissions claims for owners who may also be caught up in alleged emissions cheating.

To us, the car emissions issues revealed in recent years represent not only a huge environmental and public health scandal, given how harmful and dangerous NOx can be, but they also amount to a significant violation of consumer rights, where the allegations against manufacturers are proven. This is because the suspected carmakers are accused of potentially misleading customers regarding the emissions output of their cars. This could mean that customers were not fully aware of what they were buying and what damage their vehicle may have been doing.

If you have been affected by any allegations of emissions irregularities, it is important to seek legal advice as soon as you can, as you could be entitled to thousands of pounds in compensation. Eligible clients can claim compensation on an entirely No Win, No Fee basis with us.

END_OF_DOCUMENT_TOKEN_TO_BE_REPLACED

The link between decreasing vehicle emissions and more lives being saved by preventable illnesses and afflictions is obvious. This is another reason as to why any alleged cheating of emissions regulations must be investigated, and any carmaker found to be breaking the rules must be punished.

Consumers who have been caught up in the various emissions scandals here in the UK can be eligible to join a group action for justice. The purpose of this can be to pursue compensation from the carmaker if owners have been misled, as the law can entitle this. Taking such action can act as a form of justice for any affected owners and former owners, and it can also serve as additional punishments for the offenders.

You can find out if you are eligible to start an emissions compensation case here now.

END_OF_DOCUMENT_TOKEN_TO_BE_REPLACED 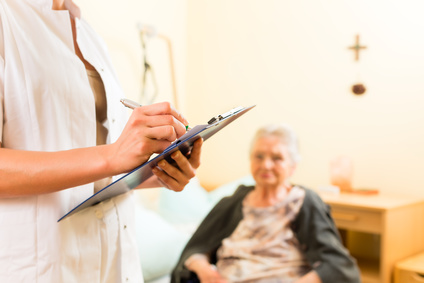 We are now over six years on from the breaking news that shook the world, when the original Volkswagen “dieselgate” scandal hit the headlines. Given that emissions are dangerous, news of their alleged behaviour had a huge impact across the globe and on the transport industry on the whole.

Right from the start, in September 2015 when news of the scandal broke, we decided to take action there and then. We recognised straight away just how serious this was, and the massive impact that it would have here in the UK. That is why we immediately started taking claims for compensation forward so we could take legal action for what had been going on. If we were not the first firm to formally accept No Win, No Fee legal cases, we were certainly one of them. When others were just registering details and unsure about what to do, we took legal action right away.

It has been a long fight, and it is far from over. And it is an incredibly important fight for many reasons also.

END_OF_DOCUMENT_TOKEN_TO_BE_REPLACED

A Mercedes-Benz Canadian class action has reportedly settled on a provisional basis in the sum of $243m to account for some 80,000 owners who have joined the claim.

In terms of the wider fight for global justice arising from allegations of emissions cheating and deception, this looks to be another positive step forward. It is understood that a hearing is set to take place this week where the court may then be able to approve the provisional settlement made, and we will be keeping an eye on developments.

As pioneers in emission compensation, we have worked and networked with lawyers around the world, including Canadian lawyers. We welcome this latest provisional decision and look forward to more as time goes on.

END_OF_DOCUMENT_TOKEN_TO_BE_REPLACED

By Admin
Next Page »