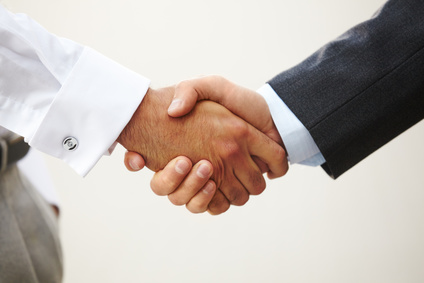 We are pursuing a No Win, No Fee Mercedes compensation action for anyone who may own or lease, or used to own or lease, an affected vehicle.

Daimler is accused of using technology that amounts to a defeat device to allow vehicles to pass emissions testing but pollute far more dangerous NOx than they should. We are confident enough that there is enough evidence and information to pursue the action, which is why we have launched legal cases.

We are working on a No Win, No Fee basis. Here is how this works.

How does the No Win, No Fee work?

Our No Win, No Fee Mercedes compensation claims action means that we can write off our legal fees if the case does not succeed, subject to the terms and conditions of your agreement. We have to say that last part as we do need you to uphold your end of the agreement. If the case genuinely loses because Daimler has a defence in law, that’s when we can write off legal fees. If it loses because you brought a fraudulent claim, or you failed to provide us with information and evidence before a court deadline, those scenarios can be breaches of the agreement.

We have worked this way for years, and we have offered, and honoured, our No Win, No Fee commitments in other actions. We cannot win them all, and there have been some cases where the opponent has had a genuine defence in law. Some cases in previous actions could not succeed because the Defendants were in liquidation or were uninsured. We are proud to have honoured our promises in those cases.

Generally speaking, it really is as simple as it sounds. We have been at the front of fighting for justice for years, and we would not have got this far if we were secretly charging clients for losing cases and breaking our promises. We are sure that kind of story would make the news and people would know to be wary!

Why we work this way

We are offering No Win, No Fee Mercedes compensation representation because we are true believers in access to justice. We do not think that it would be fair if people had to pay privately to claim or pay for a losing case. We also know that many people would not bother pursuing a claim if there were such risks, and many would not be able to afford to do so either.

It is a huge risk for us, but it is a carefully considered risk. We only take a claim and an action forward on this basis if we genuinely believe that there is a case to answer. Based on what we know so far, we think there is enough evidence to pursue the action, which is why we are doing so.

We know Daimler strongly deny any wrongdoing, but that kind of stance in a situation like this can be common. Take Volkswagen for example, who took the same kind of stance. Although these are two very different actions, albeit similar as they are relating to NOx emissions, they have maintained their denial of liability. Just this year, the High Court of Justice established that the technology VW used is a defeat device, and VW’s attempt to appeal this decision was recently refused.

For some actions, it can also be common to take out insurance which can also help to cover anything paid out as part of an action as well.

Start your No Win, No Fee Mercedes claim today

Getting started with your No Win, No Fee Mercedes claim today is easy.

All you need to do is complete the form which you can find on this page here – our specialist advice page for the Daimler action . It does not  take long to complete the information we require to get your case started and to benefit from our No Win No Fee legal representation now.